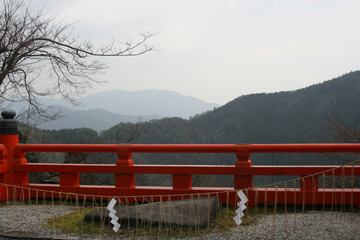 It is said that Mao landed on this stone 6,500,000 years ago from Venus to save the earth. When I placed my hand near the stone, I felt the dense energy past the rope. The rope is called Shimenawa.

Shimenawa is a rope that separate the sacred space for worshiping deities and other holy things from regular space. You see them often in temples. The 8000 year old sacred tree that I talked about earlier has the Shimenawa around it as well.

I pictured imaginary Mao on the stone and flying around. In my head he is made out of gold with golden stick navigating his flying stone around and patrolling the town to make sure everything is in order. I feel like he is a Science Fiction Super Hero.

Reiki is a natural healing technique in which the practitioner directs this Universal Life energy to the client using a non-invasive, stress-reducing technique.

The gentle laying of hands is practiced, either directly on a patient’s fully-clothed body or resting a few inches above the body.

Michelle is a Reiki Master and Teacher, a certified aromatherapist and spiritual counselor.

She is the founder and owner of Purple Fish Healing where she holds her private practice. In her private sessions, she includes spiritual counseling, aromatherapy, crystal healing and other healing techniques that best fits her clients’ needs.

She has studied extensively with many Eastern and Western Reiki instructors in the US and Japan and can bring in a unique combination of various techniques and philosophies.